PATCH male SBT puppy. Probably about 6 months old - his testicles are just starting to grow and he is still toileting like a girl bless him. Dog warden says he is a super little dog who has a lovely nature. He loves other dogs - his best friend at the pound is a big GSD X male. Will probably need some housetraining. Poor Patch was discovered stuck in dyke. It took the dog warden quite some time to free him. Patch appears to have been deliberately dumped so is not expected to be reclaimed; he was left in the middle of nowhere down a long dirt track and was only found by accident when a cross-country runner stumbled across him. He has settled well in kennels and seems happy to be safe at last. Can have a 1st vaccination.

will be PTS 30th April 2013 unless reclaimed or offered a suitable rescue space. 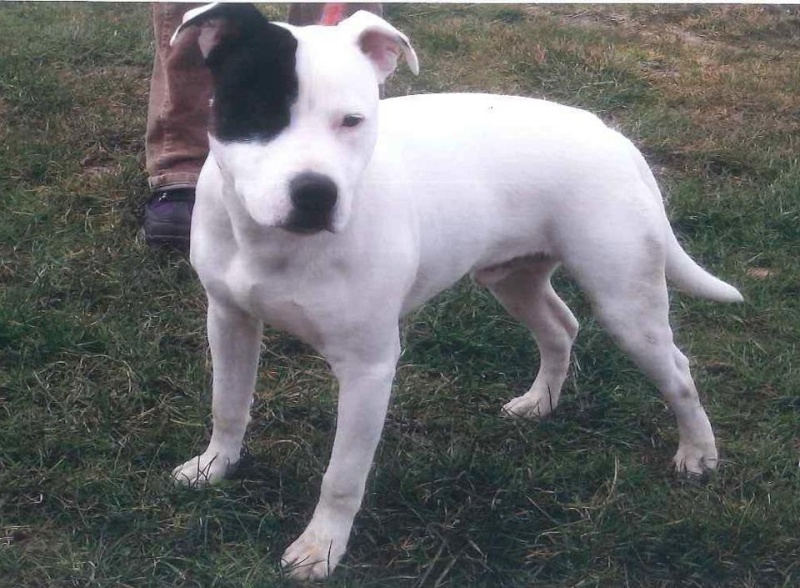 now in rescue and has interest already