Lurcher female, approx 2years old. Poor Tilly is in desperate need of some TLC. She is quite thin and very frightened. She had been spotted roaming for at least a week prior to being captured by the dog warden; she was only caught after becoming trapped in a back garden. Dog warden suspects Tilly has been abandoned by hare coursers. Tilly shows no signs of behaviour problems as far as the warden and kennel staff can see; however she has clearly been through a traumatic time of late and is extremely timid at present. Tilly is underweight at the moment but hopefully that will improve now she is having regular meals. Will have a 1st vaccination. Will be PTS 14th June 2013. 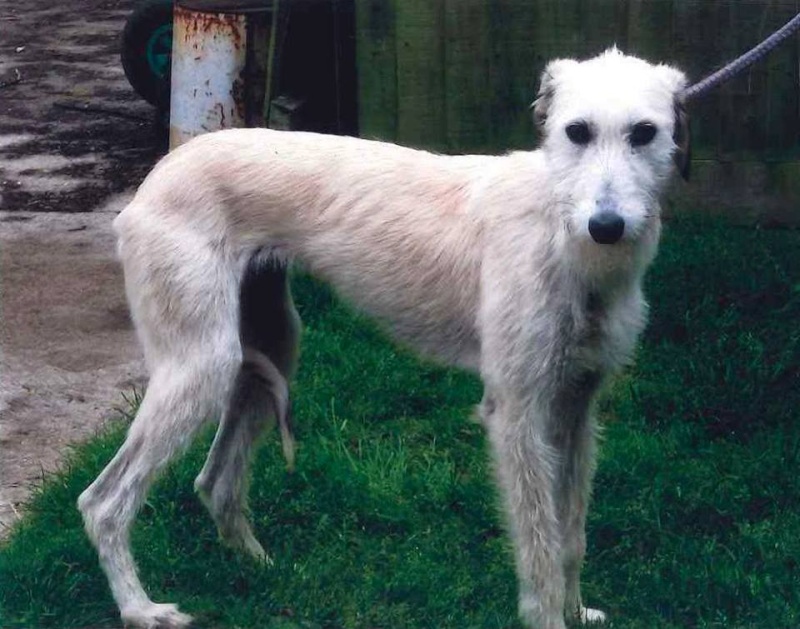 on her way to rescue